Waiving Signing Fees! $0.00 down to apply, complete an application today! 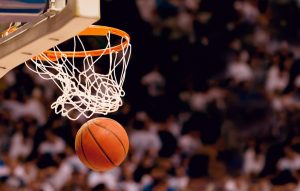 As Duke gets ready for the third round of the NCAA tournament, all sights are set on Zion Williamson. Not since the days when Grant Hill was still lacing up his sneakers at the college level has a Blue Devil garnered as much attention as Zion Williamson, and the first year forward has not disappointed despite the lofty goals which have been set on him since high school. However, despite the pandemonium surrounding Williamson, the Blue Devils are not merely a one man show, but a well-oiled machine that Coach K has crafted to operate as a single unit.

When Williamson's foot quite literally exploded out of his shoe in the opening moments of Duke's game, attention immediately shifted to the impact on his individual career. Meanwhile, the team still had games to play, and while the media focused on whether Williamson should even come back to finish his college career with Duke, teammates Cam Reddish and RJ Barrett were putting the team on their backs en-route to a 3-2 record in the five games after Williamson's injury.

After easily defeating North Dakota State in the first round of March Madness, Duke's ability to handle adversity would be tested in the second round. March Madness has a knack for growing and shrinking the stock of the athletes involved—specifically in regards to how they are seen by scouts from the NBA and beyond. Some people have seen draft stock fall, while others have seen it grow, and with a three-point deficit during the final minute of the game versus UCF the Blue Devils proved they had what it took to look adversity in the eye and challenge it where it stood. Many teams know how to blow out their opponents, but the ability to play well when things are not as easy is often what differentiates the good teams from the great ones.

At Station Nine, we know how important Duke basketball is to all of us, because we are fans like you! Join a community of like-minded basketball fanatics and contact us for more information regarding your future home among the most fanatical Duke basketball fans!